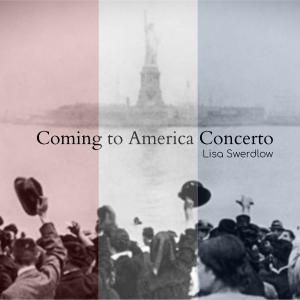 America is a concept of refuge as well as a land of new opportunities.

Live Concert Announced: The Center for the Arts will host the 10 Hands – 88 Keys concert on November 13, 2021, with Lisa Swerdlow as a featured artist. 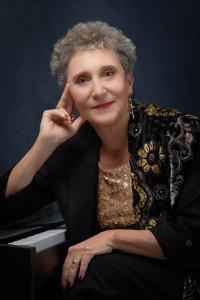 Lisa Swerdlow: I hope that my music enters people’s hearts and souls and lifts up their spirit. Photo by Kim Sayre.

An homage to her Jewish ancestors, who fled the Russian pogroms, Swerdlow hopes the music offers solace for anyone trying to build a better life in America.

I reflected on the courage it must have taken to leave their family and friends, to sail to a foreign country they had barely heard of called America. The music came to me, and I started writing.”
— Lisa Swerdlow

GRASS VALLEY, CA, USA, September 17, 2021 /EINPresswire.com/ — Lisa Swerdlow, an accomplished pianist and composer of classical crossover and contemporary instrumental music, announces the debut of her Coming to America Concerto, a dynamic and cinematic exploration of a journey of Russian immigrants, told in three movements. It releases globally today on all digital platforms, and is also available in physical CD format from Bandcamp. Swerdlow will perform the concerto live at The Center for the Arts on November 13, 2021 as part of the Ten Hands – 88 Keys concert in Grass Valley, CA.

Swerdlow considers herself a storyteller, and this is the story of her grandparents, who in the early 1900s, escaped the pogroms of Russia and found refuge in a new land. The Coming to America Concerto blends musical voices with sweeping layered piano-driven instrumentation including clarinet, cello, flute, oboe, and violin. The musical journey moves from pensive and reflective to more uplifting melodies, as the story evolves from difficult circumstances in the homeland, to rousing aural images of hope in New York Harbor.

“Last year, I started researching my grandparents’ immigration to the United States from Russia (and what is now Ukraine) in the years 1907-1910 due to persecution of the Jewish people,” says Swerdlow. “I reflected on the courage it must have taken for them to leave their homeland of many centuries, their family and friends, to sail to a foreign country they had barely heard of called 'America.' The music came to me, and I started writing.”

The first movement – the Russian klezmer-themed "Home of My Ancestors" – tells the tale of life in the Jewish ghettos and villages of late 19th and early 20th century Russia in a global music style. Listeners will hear a hint of the cadences and ornamentation of Ashkenazi heritage. Life had its joys and celebrations as well as its fears, especially of the Czar’s army showing up to desecrate what the villagers most loved and valued: their traditions, their homes, their temples.

The Concerto progresses to the second movement – “The Crossing” – evoking the transition and anticipation of what lies ahead. The ocean’s horizon is infinite, the future is unknown and the past is already far behind them. “I imagined my Grandparents carrying what possessions they could, living in cramped steerage quarters far below deck on a huge ocean liner such as the Mauretania,” Swerdlow reflects. Wonder and optimism are stirred from the darkness. The music captures the journey: feeling seasick, longing for their homeland, and all the great challenges of crossing an endless ocean bound for America.

In the final movement – “Arrival” – reality dawns. A new life awaits them, in a country where they don’t speak the language, don’t understand its culture, and don’t have any friends or relatives waiting for them. And yet, as their ship passes the Statue of Liberty, they understand her welcoming message and feel grateful for their new homeland. “Arrival" weaves calm melodies of sorrow and builds into an exhilarating message of hope.

“I believe music can be a vehicle to healing our hearts as well as healing the planet,” Swerdlow says about this powerful concerto. “I hope that my music enters people’s hearts and souls and lifts up their spirit.” She welcomes listeners to share their family immigration stories on her Facebook page at https://www.facebook.com/LisaSwerdlowPiano/.

Swerdlow's America is a concept of refuge as well as a land of new opportunities. America can be the first choice for a new start, but sometimes it was also the last resort after losing everything. Her concerto tells a story of loss and disaster, which resolves into a positive message of inspiration, survival and spiritual endurance.

The music was recorded at Piano Haven Studio, in Sedona, AZ. It was engineered by Joe Bongiorno, orchestrated by Doug Hammer, and mastered at Dreamworld Productions. The EP is available in various formats including physical CD, digital download, and streaming worldwide; Swerdlow's music can be found on Spotify playlists including Calming Piano and Strings, Elegant Music, Romantic Piano Moods, and many more.

Buy, stream or download the Coming to America Concerto by Lisa Swerdlow from the platform of your choice: http://hyperurl.co/t9pn0h

For more information about the album, concert, or radio/review copies of Coming to America, please contact Beth Hilton or Windy Campbell at The B Company.