AG James Has Taken Nearly 1,300 Firearms Out of Communities Since 2019

NEW YORK – New York Attorney General Letitia James today announced that 147 firearms were turned in to law enforcement at a gun buyback event hosted by her office, Rockland County District Attorney Thomas Walsh, and the Clarkstown Police Department. The Office of the Attorney General (OAG) accepts — with no questions asked — working and non-working, unloaded firearms in exchange for compensation on site. To date, Attorney General James has taken nearly 1,300 firearms out of communities through gun buybacks since taking office in 2019.

“Gun violence is an ongoing threat to public safety and it jeopardizes the welfare of our families and children,” said Attorney General James. “Getting these dangerous weapons off our streets is essential to eradicating gun violence and protecting communities from harm. My office will continue taking every measure possible to ensure that New Yorkers are safe and secure in their neighborhoods, and we thank our partners in law enforcement for their invaluable support and partnership in this effort.” 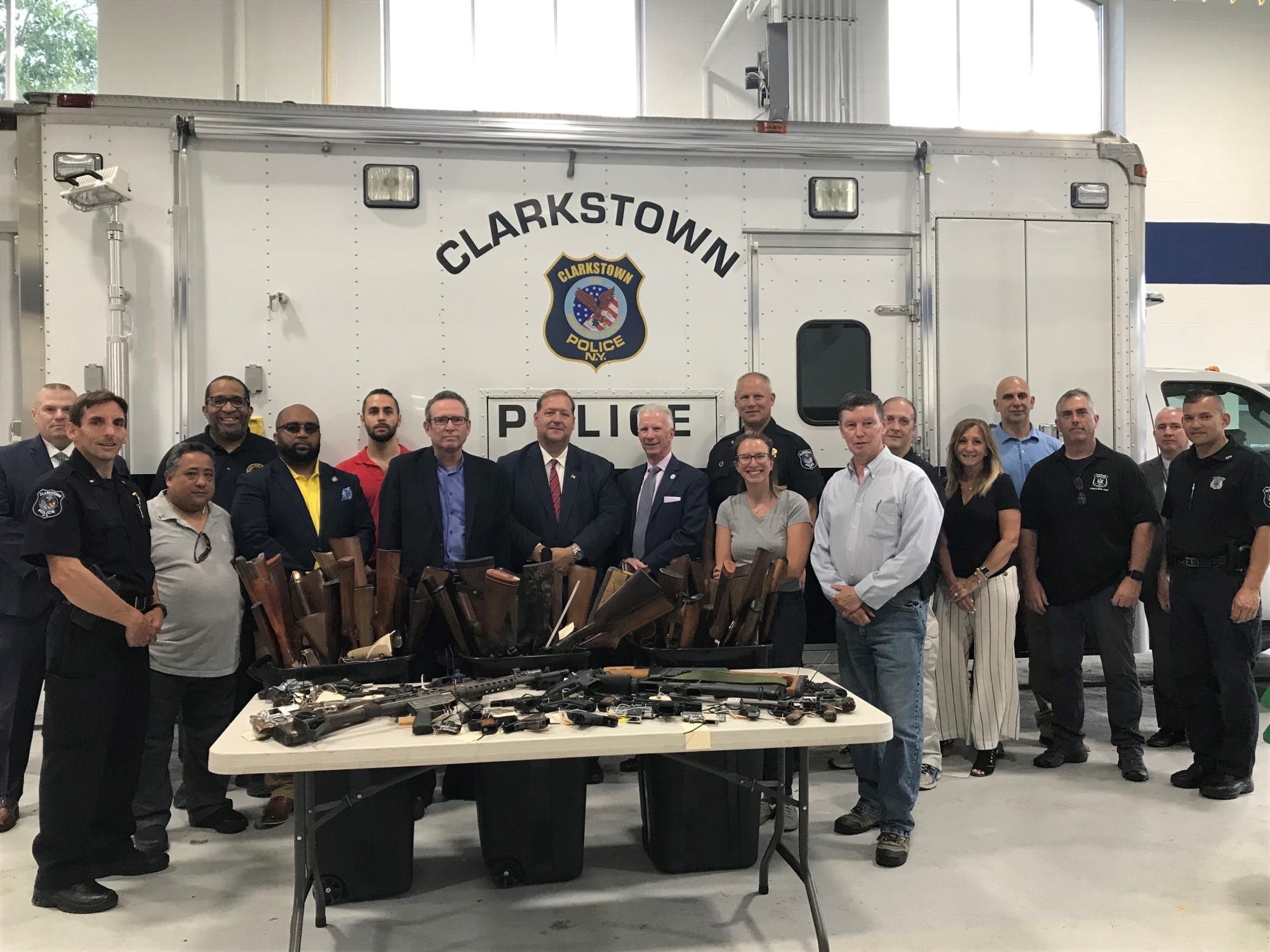 “Today my office joined with the New York Attorney General’s Office and the Clarkstown Police Department to host a voluntary gun buyback program,” said Rockland County District Attorney Thomas Walsh. “The event was a huge success! It is our hope that we were able to get weapons off our streets that could have been a potential threat to our community. It is our belief that the removal of one gun could save a life. Special thanks goes out to Attorney General Letitia James and the Clarkstown Police Department for their collaboration in this effort. This event made Rockland safer today, and I couldn’t be more grateful to those involved.”

“We are pleased to have taken part in such a successful event,” said Clarkstown Police Chief Jeffrey Wanamaker. “Today’s gun buyback was well attended by the community, resulting in removing potentially dangerous weapons from our streets.”

The community buyback resulted in 147 guns being collected, including 57 handguns, 63 rifles and shotguns, four assault rifles, and 23 non-working or antique guns. Since 2013, OAG has hosted gun buyback events throughout New York state and has successfully collected nearly 3,400 firearms.

In exchange for the firearms, OAG also offered monetary compensation, in the form of prepaid gift cards, and Apple iPads when an unloaded gun was received and secured by an officer on-site.

“Our nation’s gun violence epidemic demands that we use every tool at our disposal to keep our communities safe,” said U.S. Representative Mondaire Jones. “New York has been a leader in the fight to end gun violence, but there is still more to be done. As we work to protect the health and safety of all New Yorkers, I’m grateful to Attorney General James for organizing this gun buyback event.”

“I thank the Attorney General, Rockland County District Attorney, and the Clarkstown Police Department for providing the community a safe and no-questions-asked method to reduce the number of unwanted guns on our streets,” said State Senator Elijah Reichlin-Melnick. “This program ensures that any surplus of guns are accounted for in the safest way possible, and sends the right message to community members that law enforcement stands ready to assist them in proactively making their communities safer.”

“My constituents and I are grateful to Attorney General James for her steadfast commitment to ending gun violence across New York state,” said State Senator James Skoufis. “I also thank our partners in law enforcement for their continued support of this important work. We must take every meaningful step possible to ensure our communities are safe, including hosting no-questions-asked buybacks like this one, and I am thrilled to see that many of our Rockland residents stepped up to do the right thing today.”