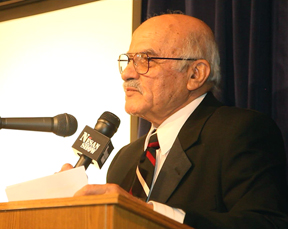 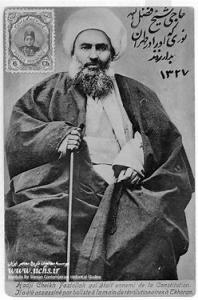 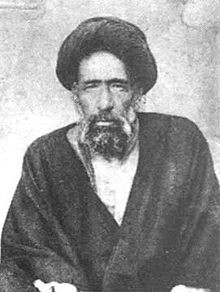 LOS ANGELES, CA, UNITED STATES, June 17, 2021 /EINPresswire.com/ — To understand why Iranians abstain from polling places, I am giving you a little background on democracy, freedom, and why voting does not affect which candidate has ultimately announced the winner.

• There has never been a just and fair election since 1979 Khomeini’s Arab Islamic coup d’état.

• The Candidate must be an Arab Muslim, regardless of which the Arab States. Iranians (Persians) are not allowed to participate in any elections as a candidate. Iranians symbolically line up at the polls.

• The candidate is pre-approved months in advance by the Shiite supreme leader. Imam Khomeini only selected a candidate who helped his revolution materialize. The candidate's education, experience, competency had nothing to do with his choice.

• All the hoopla surrounding Islamic elections (in Iran) is only propaganda for the West's consumption. It has absolutely no meaning or application for the mullah’s regime. Iranians have grown tired of lies and deceptions and demonstrating throughout the world by saying “NO” to the Arab mullahs' regime, and “NO” to the election.

• No one is allowed to question or do a background check. A good example was the first president Abolhassan Bani-Sadr whose’ qualification for the post of the presidency was that he was the son of a senior Shiite Muslim cleric and had close ties with Khomeini. However, when Khomeini realized Bani-Sadr’s has patriotic goals such as improving freedom of speech, freedom of pen, free and democratic elections, academic education, he fell from grace and was not only fired, he had a price on his head, thus he fled to France. The reason for his firing was that all of ‘Bani-Sadr’s’ aspiration especially academic education would upset the plan since the Islamic aim is to control the mind, not to develop the mind.

In addition to the impractical Shari’a laws, mullahs have set up an “independent power” separate from Shari’a and the Islamic constitution to suit their handling of the Iranian affairs in respect to Khomeini’s ambition. The assembly frequently evoked Shari’a to sanction their ominous guidelines. The assembly collectively upholds that Shari’a is the only law Allah has prescribed for the entire universe. Although they only meet twice a year, they act as the think-tank of the Islamic regime and are empowered to appoint or dismiss the supreme leader however, the record shows they have never questioned the conduct of Khamenei the supreme leader.

The earliest known opposition to the democratic election of the first Parliament members came from open and unbending Sheikh Fazlollah Noori (born December 24, 1843, hanged July 31, 1909). Noori was a well-known Shi’a leader during Iran’s Qajar era. At first, Noori presented himself as a cleric in favor of a modern constitution and free elections. However, when he realized that the new structure would establish a Western-style government with secular laws rather than an Islamic Shari’a law, he, along with other religious leaders, “took to the street” and violently opposed the newly created Constitutional Revolution.

Noori and other Shi’a clerics who traditionally favored Anglo-Russian influence over Iranians, being staunch opponents of democracy, declared a fatwa calling anyone who was for democracy and the constitution a mortad (“apostasy” in Islam) and punishable by death.

In his fatwa (legal opinion or decree), Noori declared all members of the new parliament and government “apostates” and koffar al-harbi (warmonger pagans), whose blood ought to be shed by the faithful. Noori an Iraqi Arab, spent most of his adult life studying in Najaf, Iraq. Noori became one of the foremost vigorous opponents of progress and intellectual movement. He authored pamphlets and incited mobs against constitutionalism. Below are some of Noori’s declarations:

Since we already have Divine Providence (the Shari’a), we do not need a new law. Therefore, people who believe in constitutional law, democracy, freedom, are [rebellion in Islam]. According to the Shari’a, they forfeit their blood and their wives; their entire wealth becomes property of [us] clerics.
Another zealous Shiite ayatollah Seyyed Hassan Modarres’s recommendation to the new parliament regarding women’s rights: “It makes me shiver with anger when I hear that the new constitution is considering giving the women the same rights as men! No matter how long we ponder on this problem, Allah will not endow any intelligence to the female so they can be worthy to vote. They (women) are under the guardianship of men because they lack common sense; then, how could we give them the right to vote?”

I believe Iran’s current sad and pathetic state should be an excellent example of how Arab Islam works, and how Iran, a nation with an inspiring past, arrived at its perpetual gloomy and idle state.

GEORGE H. HASSANZADEH born and raised as a Shi’a Muslim in Iran is the
author of ‘Iran: Harsh Arm of Islam’ and the newly released book ‘First
Comes the Mosque.’ Hassanzadeh is recognized as an expert in Islam, Shi’a,
Shari’a, and the infallible Arab Shiite clerics forcing medieval rule and a
system of mind control in the 21st century.

George H. Hassanzadeh is a U.S. Army Veteran and lives in California, U.S.A