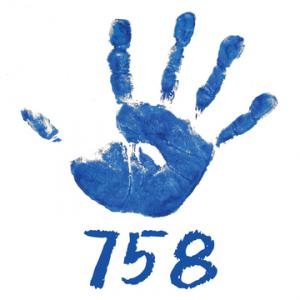 Tina Swithin, author, and founder of One Mom's Battle, is embarking on a mission to declare November as Family Court Awareness Month. Her objective is to protect vulnerable children in the family court system while honoring the 758 children in the United States who have been murdered (as of 10/17/2020) by divorcing or separating parents.1 To share her message, Swithin will travel by RV from Los Angeles to South Carolina beginning November 1st to meet with survivors and advocates along the way and to shine a light on the need for child-safety as a priority in family court proceedings. This movement is bringing together domestic violence and family court advocates all over the country.

Jacqueline Franchetti believed in the justice system. According to Franchetti, “I never thought I would say that my daughter Kyra had been murdered by her father. My story is not an isolated incident. Kyra is one of 14 children in a span of three years who had been murdered by a parent due to the negligence of the New York Family Court System. This system is destroying our families. If we do nothing another child will die.”

No stranger to the family court system, Swithin endured a ten-year child custody battle in pro per. Over 50 court dates, two full child custody evaluations, more than twelve police reports were generated, and a total of three child welfare reports determined that her ex-husband was a “moderate risk” yet did nothing to protect her children. In the fall of 2019, Swithin successfully terminated her ex-husband's parental rights and is thankful to be free of what she deems a very broken system.

“In my decade of work as a family court advocate, I have yet to encounter a state that prioritizes children’s rights over parental rights,” states Swithin.

As a survivor of domestic violence and domestic violence by proxy due to a broken family court system, Swithin is also a staunch advocate for National Domestic Violence Awareness Month which takes place in October. Declaring November as Family Court Awareness Month is a natural progression to address an epidemic that is destroying families and a child’s right to be safe, loved, and nurtured.

“When we leave abusive relationships, we are applauded and told to be brave. We unknowingly walk into new avenues of abuse; post-separation abuse and the family court system. Today, my children are safe, but many are not and until all children are prioritized, I will continue to raise awareness. There are so many parents who are silenced by this system and I plan to be their voice,” states Swithin. “I am fueled by the desire for awareness and change.”

Visit familycourtawarenessmonth.com for One Mom’s Battle appearance itinerary. The tour begins November 1, 2020 (4:30pm-6pm) in Los Angeles with a gathering of survivors and family court advocates.

About One Mom's Battle
The mission at One Mom's Battle is to increase awareness of high-conflict divorces and child custody battles and their impact upon shared parenting. One Mom’s Battle works to educate judges and other family court professionals that it only takes one personality disordered parent (narcissistic personality disorder, whether diagnosed or not) to create a high-conflict divorce. Until family court professionals (Judges, Commissioners, Magistrates, CPS workers, Guardian ad Litems (GAL), Parenting Coordinators (PC), Custody Evaluators, therapists and attorneys) are educated on domestic violence, trauma and post-separation abuse, they are unable to truly act in the best interest on the children who are depending on them.

1 The Center for Judicial Excellence