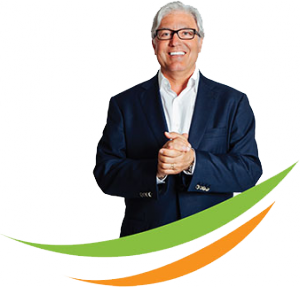 SEATTLE , WASHINGTON, UNITED STATES, March 18, 2019 /EINPresswire.com/ — Dr. Gregory Jantz has built a worldwide reputation for his insightful advice on healing and care, made public through volumes of published books and contributions to sources like the Huffington Post. He is renowned for helping patients across the globe overcome eating disorders, chronic anxiety, stress, and depression.

Eating disorder specialist Dr. Gregory Jantz has spent decades researching various chronic issues and the roots of their problems in his patients. He pioneered “whole-person care,” a tactful approach to overcoming obstacles which address various life perspectives to uncover the source of patient issues. In this way, he’s helped thousands of people around the world heal and achieve positive change, allowing them to become the best versions of themselves.

For over thirty years, Dr. Gregory Jantz has carefully listened to his patients and contributed professional help that goes beyond prescription medicine, which he learned was often a disappointing one-size-fits-all solution. He’s the author of more than 30 self-help books with titles like Seven Answers for Anxiety, Hope & Healing from Emotional Abuse, and Ten Tips for Parenting the Smartphone Generation.

Dr. Gregory Jantz has gained a wide understanding of a range of health subjects, but he dedicates a bulk of his time to uncovering solutions for patients suffering from depression. His whole-person approach to care has proven to be a useful ally along the way.

“In a whole-person treatment approach, the entire body is recognized as an important component in depression,” says Dr. Gregory Jantz. “The whole-person approach accepts the body as a complex organism and looks for systemic reasons for depression.”

His research and treatments have helped him prove that the body doesn’t simply respond to depression; it’s an active participant and has the capacity to improve or worsen symptoms of depression with time. Through his whole-person approach, Dr. Gregory Jantz can examine emotional, environmental, physical, and spiritual factors that may contribute and find unique ways of mitigating the problem.

He’s published many articles on depression on his own blog as well as penned a series of books on the subject (which can be purchased through his website). On the topic of depression, interested readers will encounter full texts such as Five Keys to Dealing with Depression and Happy for the Rest of Your Life. Dr. Jantz is praised for his simple style and his easy-to-follow narrative, which ensures his work is accessible to the masses.

Later this year, Dr. Gregory Jantz will release Healing Depression for Life along with an accompanying workbook to help readers track and map out their progress. In this book, he coaches readers through their symptoms and “reveals the treatments, practices, and lifestyle changes that can provide lasting relief from depression.”

Dr. Gregory Jantz, through teachings, books, and his treatment facility The Center, A Place of Hope ensures that anyone suffering from symptoms of depression can readily find a personalized solution that fits their exact needs. 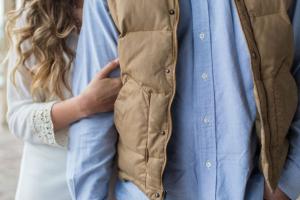 Passive-dependent personality disorder is among the most common personality disorders routinely diagnosed by medical professionals and behavioral experts such as Rocio Moustafa, a specialist focused on health conditions and well-being complaints tied to mood, cognition, and perception, based in the pretty coastal city of Ventura, California. Here, she reveals a number of the many obstacles commonly faced by those suffering from the disorder.

"Passive-dependent personality disorder occurs equally in both men and women," reveals Moustafa, "most often becoming evident in either young adulthood or slightly later in life as more important adult relationships are formed."

Common traits among those diagnosed with passive-dependent personality disorder include pessimism, a lack of self-confidence, oversensitivity to criticism, and a tendency to be unduly naive or to routinely fantasize about various aspects of day-to-day life, according to Moustafa. "They may also endure difficulty in being alone, and, as a result, be open to tolerating mistreatment and abuse from other, less-than-favorable individuals," she adds.

Rocio Moustafa goes on to explain that those with passive-dependent personality disorder often become entirely emotionally dependent on other people in their life. "They will usually spend a great deal of time and effort trying to please them," she adds, "typically displaying clinging, needy behavior driven by a fear of rejection or separation."

This may result in avoidance of normal adult responsibilities or utter dependence on a third party to make all manner of important life decisions, including where to work or live, for example, according to Moustafa. "A person with passive-dependent personality disorder will usually live in intense fear of abandonment, demonstrating utter devastation or complete helplessness when a relationship ends," adds the expert.

Furthermore, an individual with passive-dependent personality disorder, she says, will often move immediately into a new romantic relationship when a previous one ends.

While no single, accepted cause for the disorder exists, it's widely understood to be the result of a combination of developmental, biological, psychological, and temperamental factors. Research has also demonstrated that an authoritarian or overprotective parenting style may lead to the development of passive-dependent personality traits later in life.

"Assuming no physical basis for the condition is found," Moustafa adds, wrapping up, "an individual deemed to be suffering from passive-dependent personality disorder will often be referred to a medical professional trained to deal with mental illnesses, such as a psychologist or psychiatrist, for ongoing treatment."