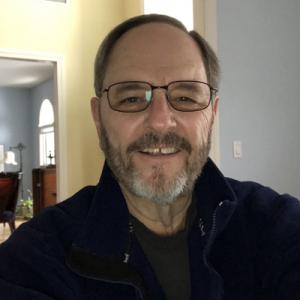 Gold is the author of the forthcoming memoir Renaissance Dad, which details his journey from “the youngest guy in the coronary ICU to the oldest guy with a newborn.”

“I was 62 when our son Richard was born. Now I am 71,” says Gold. “It is less difficult than it sounded to me at the time, but the experience has had some interesting twists and turns that were unexpected to me. Essentially, I've undergone a spiritual rebirth. That’s why I call it a ‘renaissance.’”

A retired scientist with a PhD in pharmacology, Gold has two children from his first marriage, a daughter and a son who are both adults.

“I just published a little piece on Parents.com last November titled ‘The Obvious Question When Your Kids Are 35 Years Apart,’ says Gold. “But the obvious question is really, ‘Will I live long enough to see my son grow up and graduate college?’ Of course, I’ve been asked, ‘Is that your grandson.’ No, he's my son.”

Gold is sharing his story to prove it’s never too late to start again.

“I was at the beginning of my career when my first two were born,” recalls Gold. “I wasn't home that much. My ex-wife raised our children. Now I'm at the other end of my career and I find I share it the responsibilities equally with my wife. We are full-time parents.

“I prefer to think of it as running life backwards,” adds Gold. “I find myself trying to be more patient and spend more time teaching and concentrate on things I had no time to do with my first set of children.”

Gold says for now his son Richard, now eight, isn’t entirely aware his father is much older than his peers.

“As long as I can continue to chase him down the driveway and pick him up and run with him and wrestle with him, there's no consciousness on his part that dad's old,” says Gold.

Perhaps most interestingly, Gold and his wife were able to become parents again through the use of a surrogate.

“My wife and I we had been married eight years and we wanted to have a child. We had dozens if not hundreds of embryos in a freezer at NYU in New York City. I said, ‘Why don't we find a surrogate?’ We ended up going through a surrogacy agency and having a surrogate who was impregnated with our embryo.

“Surrogacy extends the concept of parenting. Clearly, at 71 with an eight-year-old that's outside of the biological possibilities of what could have happened, and yet here I am being a father for the second time and enjoying it thoroughly.”

CUTV News Radio will feature Barry Gold in an interview with Jim Masters on February 26th at 11am EST.

Listen to the show on BlogTalkRadio. 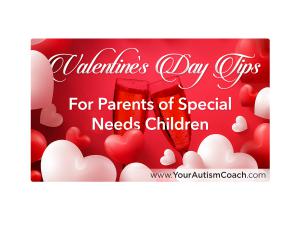 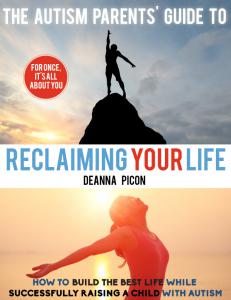 NEW YORK, NEW YORK, UNITED STATES, February 13, 2018 /EINPresswire.com/ — Maintaining a strong and rewarding marriage or relationship while raising a child with a disability is no easy task. Managing all aspects of a child’s daily living – including personal needs, school activities, therapy and medical appointments – can leave little time for oneself, much less a partner.

“Every relationship needs to be nurtured and cared for, but with the time-consuming and constant demands of having a special needs child, it often seems impossible,” said Deanna Picon, founder of Your Autism Coach, LLC and author of The Autism Parents’ Guide To Reclaiming Your Life. "With all the responsibilities and pressures, relationships are often put on the back burner, so it’s important for couples to take time for themselves.”

Parents can apply these simple tips to have a wonderful Valentine’s Day and throughout the year.

• Give yourself permission to enjoy life again. Always remember that it’s perfectly okay for you and your spouse to make time for yourselves. Special needs parents may find themselves feeling guilty for a having a good time, even if it’s only for a few hours. But there is no reason to feel guilty; a bit of enjoyment is good for you and your whole family. Every couple needs and deserves some time together to reconnect and keep the emotional and communication bonds strong.

• Schedule some couple time. It can be as simple as scheduling “fun nights” for yourselves on a weekly or monthly basis. Write it on the calendar. Enter it in your cell phone. Hire a caregiver for a few hours or ask a good friend or family member to stay with your child. Your date doesn’t have to be a 3-course meal at a 5-star restaurant. A movie or a quick bite at a local restaurant is fine. The important thing is that you’re spending quality time with each other without trying to cook dinner, tend to your child’s needs, and do the laundry at the same time. Above all, when you’re out together, do not discuss your child and/or children. Have a conversation about the two of you. It will probably be the first time you’ve done that in years.

• Have fun again. Participate in hobbies, activities and events you enjoy. Go bowling or dancing. Do some of the things you did when you were dating or try something completely different. Create new memories. Take pictures during these dates and use them as screensavers on your computers or cell phones. Put some on your refrigerator or in a frame on your nightstand. Whenever life wears you down, these memories may be all you need to get through the day.

• Express appreciation. Show your gratitude for all the wonderful or demanding things you are doing as partners and parents. Tell each other, “You’re amazing. I’d be lost without you” every once in a while. It’s always nice to hear compliments, especially from your partner. Take over a task if you can. This extra time will allow your partner to do something they enjoy but never have the time to. Thank each other for simple acts of kindness, such as letting you sleep late some mornings.

• Keep the romantic fires burning. Attention and affection for each other doesn’t have to be reserved for just date nights and special occasions like Valentine’s Day. A little extra effort on both sides can generate ongoing intimacy. A kiss goodnight, a gentle touch as you pass in the hall, a love message by e-mail or text. These little gestures can mean so much.

Your Autism Coach, LLC provides personalized guidance, comprehensive support programs and seminars that address the concerns of parents of special needs children. Now on Twitter (@yourautismcoach), look for the latest parenting tips and advice from Deanna Picon. She shows parents how to overcome the challenges of raising a child with special needs, while building a rewarding life for themselves. Deanna is the recipient of the 2015 “Top Life Coach Writer” Award from Autism Parenting Magazine.